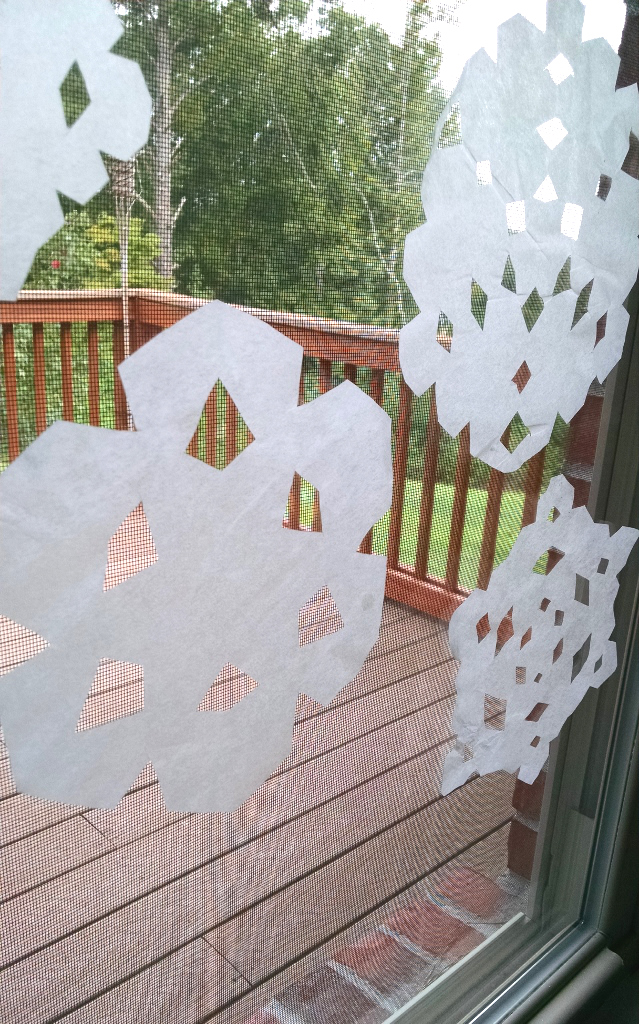 Welcome back to the CSH Blog!  I hope you’re having as much fun doing these things as I’m having writing about them!

Here are a some hints for napkin polygons:

Just a napkin is square or rectangle 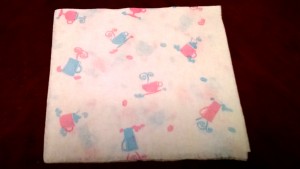 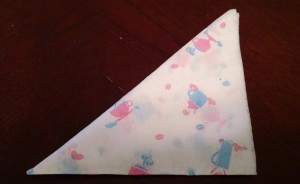 Fold two corners to the middle and you get a shape with 5 sides! A pentagon! 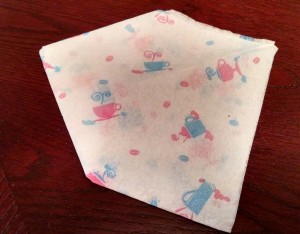 Fold the corners of your square in just a little (not all the way to the center), and you’ll get an octagon. 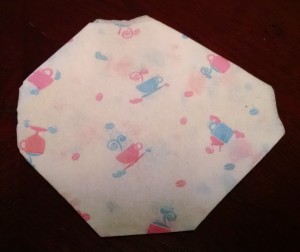 How many shapes can your students come up with while eating? 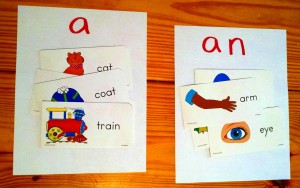 (Using this link to purchase this book helps Catholic Schoolhouse)

Here’s some trivia for you: how many stars were on the star spangled banner when Francis Scott Key wrote this poem?

Here are a couple pictures of our Tag Reader US Map: 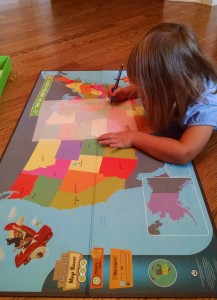 My daughter thinks it’s fun to use tracing paper to draw the states.  I guess that’s an added benefit to having a sturdy cardboard map. Sorry I don’t have a picture of her actually using the Tag Reader Pen.  Of course it’s used all the time except when I’m trying to get a picture of it! 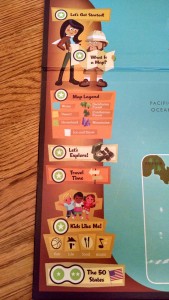 All the Green Circles with stars in them are games you can play.  The “Kids Like Me” teaches what type of music, food, games, and lifestyles are in the different regions of the US.  The “Lets Explore” was the game that the California Gold rush example was from. 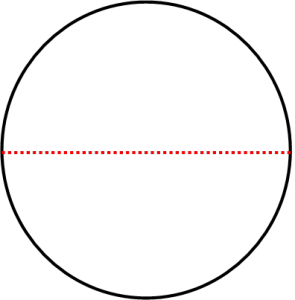 (Folding on the red dotted lines)

Then take some scissors and cut the curve part off.  (for a prettier snowflake you could start at the ‘corners’ of the curved part and cut inward. Next,  cut little triangles out of the sides.  Unfold and you have a snowflake!

We like to stick these to our windows in the wintertime.  If you want them to lay a little flatter, you can get them wet, spread them on a table and let them dry.   Here are our snowflakes! 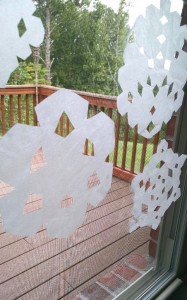 Just a side comment: When I was in school (a long time ago) we made these by folding copy paper in half and then in half again- there’s nothing wrong with that.  But if you’re making paper snowflakes, folding them as I described above gives them 6 sides which is characteristic of a snowflake ice crystal.  The reason we used coffee filters is because they are cheap, already the right size, they’re round, and they’re sort of translucent in the window, which I like!

Have fun this week, and as always, thank you for reading!