Here’s a Socrates quote to get you started today! 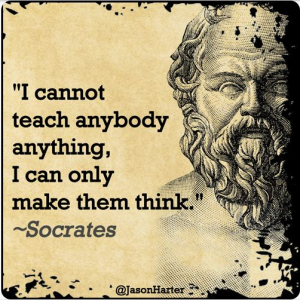 Write some memory work (BIG) on the sidewalk or driveway/parking lot with chalk ahead of time.  Before going outside, line up your students and say the memory work pointing to a student for each word.  Then go outside and see how fast they can find their word.  Once everyone is in place, go down the line, each saying their word in the memory work.  Then everyone say it together.  Shuffle the kids and repeat as many times as you want!

If you can’t go outside, write the words on cards or paper and tape them to the floor!

Get started on a new fun pack this week! Learn about John the Baptist, practice those prepositions and do some circular math!